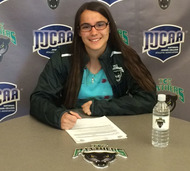 The third I.A.C. all-star to sign the NJCAA Letter of Intent to join the Panthers women's soccer program is Candor standout Angela Martone, Class of 2016.
A four-year starter for the Indians, Martone spent most of her high school career as a center midfielder, amassing 24 goals and 16 assists.
"Angela is a very crafty player and a great teammate," said Tompkins Cortland Head Coach Bob Rice. "I don't think she realizes how much potential she has. I feel very fortunate to be getting a player and person like Angela. I think we are a great fit for her and I can't wait until the 2016 season."
A two-time first-team all-I.A.C. selection, Martone also played basketball and softball at Candor. In addition, she participated in the school musicals and both all-county and NYSSMA Chorus. "She brings such positive experiences to our program, from being a three-sport athlete, a good student in the classroom, and just a well-rounded individual," said Rice. "She is exactly what I look for in a recruit." 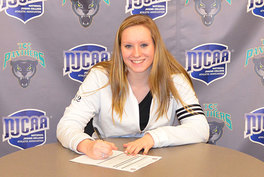 Candor High's Emily Potter, Class of 2016 has signed her NJCAA National Letter of Intent to play soccer at Tompkins Cortland Community College. She will join a defensive unit that was a big reason the Panthers finished 2015 ranked in the top 15 in the nation.
"We are thrilled to welcome Emily," said Tompkins Cortland Head Coach Bob Rice. "Emily is an anchor. She was the strength and stability in the back for a very good Candor team, and I fully expect her to step into the same role here."
Potter was a four-year varsity starter for the Indians, being named an I.A.C. All Star twice. She also was the I.A.C. Small School M.V.P. while helping the Indians to a conference title; just the kind of leadership that has Coach Rice excited. "Emily is a well rounded athlete and a great teammate," said Rice. "But probably my favorite thing about her is that her expectations for me are just as high as my expectations for her. She wants to be the best she can, and that attitude will help us get better as a program." 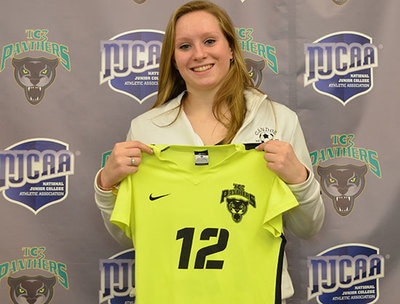 Candor's Rachel Barnhart, Class of 2015, will be a TC3 Panther. The I.A.C. All-Star signed her NJCAA National Letter of Intent to join Coach Dave Stevenson's women's basketball program in 2015-16.
"Rachel won't be out-worked on the court, and that's something we place a tremendous value on," said Stevenson. "She is a talented player that just hustles. I think she will fit in very nicely with the team we're looking to put on the floor. I look forwarding to coaching Rachel. " 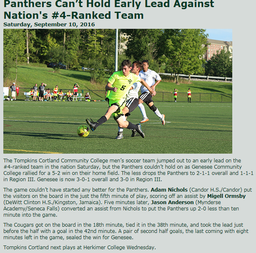 Class of 2007:
Christian Thompson, resides in Tennessee participated in the Boston Marathon on April 17, 2018 and he finished the race in 18th place with a time of 2 hours 29 min :01 sec
March 25, 2018: 2018 Covenant Health Knoxville Marathon, Christian was the first to cross the finish line in his respective category in the half marathon. (13.1 miles)
March 6, 2017: Christian Thompson entered the Chattanooga Marathon because he was tired of running alone as he trains for the upcoming Boston Marathon.  The newly minted Chattanooga resident won the second Chattanooga Marathon more than 15 minutes ahead of his closest challenger, with a time of 2 hours, 29 minutes, 31 seconds on the 26.2-mile course Times Free Press 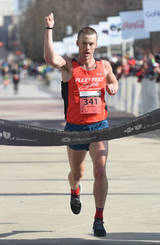 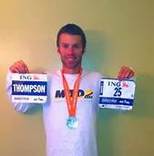 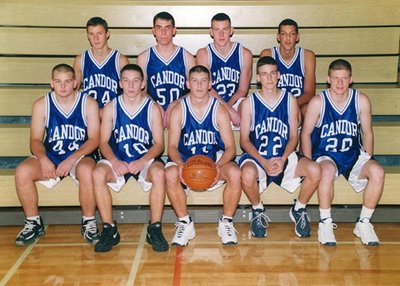 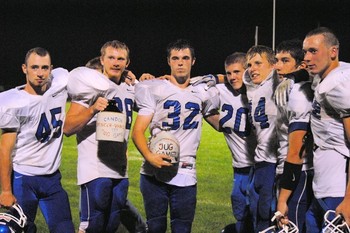